The last months of 2015 have been quite tumultuous and there is a lot I’ve been meaning to share with you. I’ll catch up with the posts in January, but the most important message to start 2016 is: DITA is here to stay! I’ve said it some time ago and I say it again, because there is growing interest for DITA in Germany, as numerous presentations, workshops and panels proved once more in November at tcworld and DITA Europe. The community is taking shape, tools and systems start supporting DITA and the discussion is, well, passionate, to say the least.

Back in September, I was a bit disappointed and worried… for about five minutes 😉 as an anti-DITA “whitepaper” had been published by a group of German CMS providers. They also took some poorly founded slides meant to discourage DITA implementations on a roadshow through Europe. But as I read the material and tried to see beyond the tragi-comical dark force awakening (or FUD, as Americans name such attitudes: fear, uncertainty and doubt) I decided to ignore them and just concentrate on my commitment to support DITA adoption in Europe, especially in the German-speaking community, and each of you is welcome to contribute.

It is absolutely normal to face resistance to change and no expert would ever claim DITA was the best answer to every type of technical communication projects. However, if DITA fits the requirements and audit findings, professional consultants and system providers have to respect their customers’ business decisions and prove capable of change, instead of sending an arrogant, self-destructive message like “it’s how we’ve been doing it over here for twenty years, so we don’t see fit to change.”

DITA experts and fans attending tcworld in Stuttgart, myself included, were reporting on social media about lots of interesting sessions, but also about a few misleading ones during the conference and shortly afterwards. They patiently and, unlike some “anti-DITA hosts”, politely commented on the misunderstandings.

I could write yet another review and provide lists of links to those discussions, but my feeling is: enough is enough! We should let such disputes aside. The competition between standards or CMSes should be healthy, maintaining a well-balanced market. We should all concentrate on the benefits for end-users and authors, instead of attempting negative awareness tricks. As consultants and tool providers, whether we work more with DITA, PI-Mod, or other grammars (I’ve also studied and worked with more of them), we should be proactive and show what we can do best for our customers and partners.

My message to the technical authors and content managers is: It is your team’s decision, never a system provider’s, what standards you choose to adopt, in Germany or elsewhere. Keep your eyes on the developments and requirements in user assistance and make informed decisions on your technical information. Involve your teams, test and select the tools that help you reach your business goals.

Thank you all for a wonderful 2015. Have a successful 2016 and keep your teams, customers, and end-users happy!

One thought on “Happy DITA in Germany” 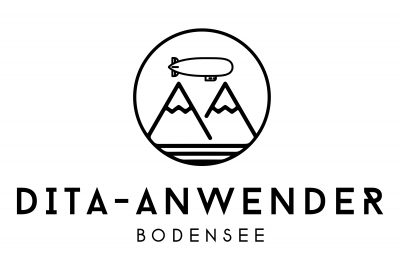